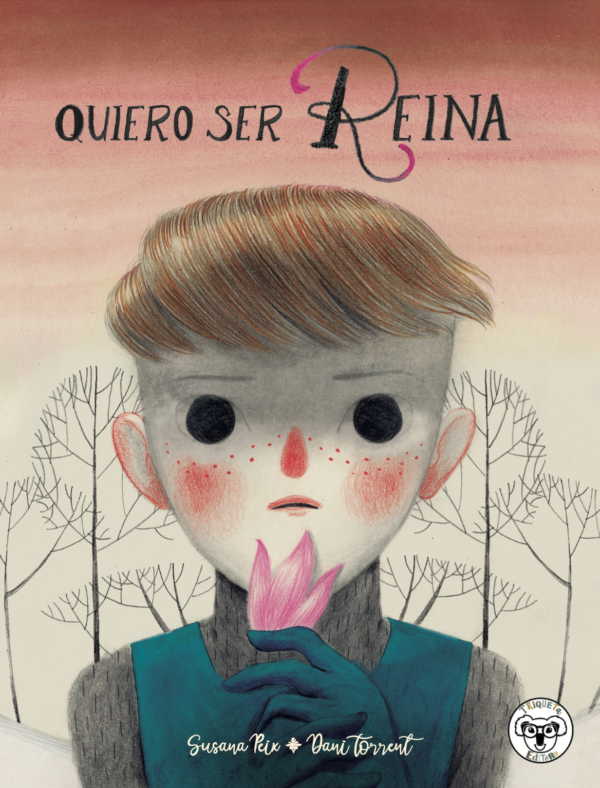 I want to be queen

The warriors were ready for a new battle when Will, one of the soldiers, turned to their companions and said:

— What are you talking about? — some of the soldiers laughed.

— That’s impossible! — one of them exclaimed — In any case, you want to be king!

«Never mind», thought Will, and didn’t mention it again.

But their mind was made up: they would not stop until it was done.

You will like this book because this album uses the analogy of a battle between two kingdoms to narrate the story of a soldier who fights to be queen, and everything that this statement entails in the army. Will must fight against prejudice, waging a battle where determination and tenacity will lead them to fulfil their goals.

But in this story, nothing is what it seems…or maybe it is!

Normalising diversity with regard to gender identity through the figure of a soldier who claims to want to be queen, the reactions of the rest of their troop and how determination and tenacity will lead them to fulfil their goals.

But in this album, nothing is what it seems and alongside the normalisation of gender diversity readers will be surprised to discover a final plot twist.

The typography of this album is designed to be accessible to readers and make it suitable for children with learning difficulties, such as dyslexia. The font size, contrast with the background, and layout of the text all facilitate reading and make the story more accessible.